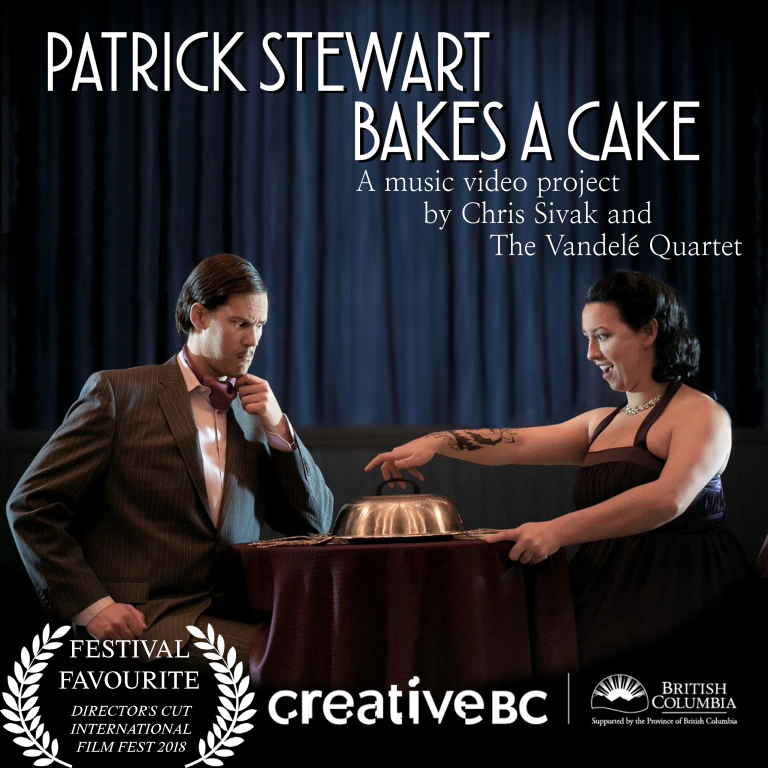 The music video adaption of my string quartet. Thanks to a generous grant from CreativeBC, we were able to realize a wild vision of this music and release it onto the film festival circuit.

At its first screening at the 2018 Director’s Cut International Film Festival, it took home the “Festival Favourite” award.

Starring Kia Rae Vance and Josh Pendlebury as Penny and Percy VonKrapp, The Vandelé Quartet as themselves, and Nobody In Particular as The Anonymous Baker.

Cinematography and editing by Kale Beaudry

“A vile and corrupt banquet spills out like a drift of soggy pigs, threatening the etiquette and decorum of a luncheon that was almost nice enough for you to be invited to. As dinner guests Percy and Penny VonKrapp make mayhem into the table cloth, those on the sidelines can no longer stand idly by and are called to act.

Patrick Stewart Bakes A Cake tells the tale of good and evil colliding in a surreal skirmish around the dinner table — the armies warring with cutlery instead of swords, and over fine linen instead of land.

At stake? Dinner as we know it”.

spread the word! share this tasty morsel with friend and foe: